The Secret Language of Sabrina

The archive of my work in the class The Secret Language of Comics: Visual Thinking and Writing

Something that has always struck me as odd is our ability to look at a bunch of squiggly lines on a piece of paper and gather meaning. In the English language, we have 26 distinct symbols, and somehow through only different combinations of these symbols, we create a message that others can receive by looking at our distinct arrangement of these figures.

We call this reading and writing.

I was confronted the other day by someone who insisted the name of my intended major, Creative Writing, was redundant. Isn’t all writing creative, he demanded, when you make something that wasn’t there before? I agreed, yes, it is. But then, through that logic, so is everything else we do. Every moment of our lives is a creative act, where we do things and say things that have never been said or done before. Creative writers, I told him, are simply more aware of the process, and work to fine-tune their ability to create, regardless of whether or not it would happen anyway, we try to engage in this activity betterevery time.

For this reason, I find it difficult when people feel they can only claim to be writer once they have been recognized in the field. Putting thought into the creation of meaning through letters and words is all you need to gain the title of writer. Seeing as this is something I have done for many, many years, I can safely say there are hundreds of stories that I have told, everything from wild stories reenacted by my toys as a small child to lengthy anecdotes conveyed over dinner as a young adult. The story that began my conscious journey as a writer, however, ironically begins with an ending.

The year was 2011. I can’t tell you the season because there were none where I lived at the time; Medellin, Colombia. They called that city La Primavera Eterna, The Eternal Spring, because the flowers were always blooming, all year round. I was eleven at the time, I always liked how easy it was to tell my age because I was born at the start of the millennium, and reading lengthy books was a brand new hobby I had discovered (through the tireless efforts of my older brother). I always felt a swell of pride as I picked up a grand hardcover, as I saw exactly how many pages I’d spent time with, and exactly how many I had left. At the time, I was excited to be reading a book series that for once didn’t come from my older brother’s bookshelf (and as the unpredictability of memory goes, I couldn’t tell you the name of these books if I tried). It was like a love affair I had begun with words, they circled me and courted me and made themselves into a cozy home I could visit whenever I got tired of the life around me, constantly moving, fluctuating, shifting with the turn of each page, the start of each chapter. Until there were no more pages to turn, no more words to be read. My first thought: disappointment. 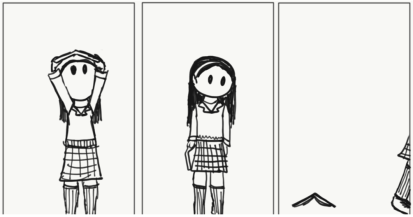 Moreover, dismay as this home crumbled around me, as thee friend I had cradled in my hands for hours left me on my own. Nonetheless, the optimist within me awoke and allowed me to see this conclusion as an opportunity. The discovery of the transportation powers of books fresh in my young mind, I realized that I could now pick any book I wanted, go to any new place that I wished. My excitement had me going through a list of possibilities: there could be dragons, or shapeshifters, possibly a ghost! What if there was a curse, or maybe people’s hair changed color, because why not? There were no rules that could stop this from happening! As my mind raced, I began my search, but the more I looked, the less I found. Sure this one book had a curse, but the characters were all wrong. Another had none of the things I wanted! None! There are thousands of books on this planet, the one I wanted to read had to exist, and I had to find it.

Until the realization struck me, a possibility I hadn’t yet considered:

Maybe the book I wanted to read didn’t exist… because I hadn’t written it yet.

I vividly recall walking up to my mother’s computer, a towering screen that only grew more intimidating at the empty white document I opened. And I wrote. There were no rules, so I put it all in there, everything I wanted to read, I wrote instead. Paragraph after paragraph, chapter after chapter, I spent hours sitting in front of that screen. I’d write in my frustrations, what I wanted to happen, what I was curious that might happen. I finished the story, and it was long enough to be a book. Let me assure you, it was a very, very bad book. There was no reason or motivation, too many characters, no plan or clear plot, no thought whatsoever put into anyone ever reading it but myself.

But then I opened a new document… and I started book two, which was also terrible, but less so. Document after document, hour after hour, year after year. Every time a little better. I started writing almost eight years ago, and I haven’t stopped. The same daunting white light shines on my face now, just as it did on that little girl in her school uniform, both of us creating worlds and combinations of twisted lines on a screen that have never been seen before. Each time, doing so a little better than the last.